Solo Project: designed (interaction design and visual design) and developed the VR application on the Oculus and Leap motion controller platforms in Unity.

Buying a house is a big deal. This is why you might want to make sure that you have checked all the viable options you can before making the decision to spend multiple-hundred thousand dollars in that big purchase.

Unfortunately, while seeing photos of the place online can give you some idea of what the property is like, lots of the time the actual space of the home still surprises you. Visiting all the places listed online in person is also not an option due to the significant amount of time and energy you need to invest in traveling. With the emergence of new immersive technologies, this problem can be addressed with virtual reality. 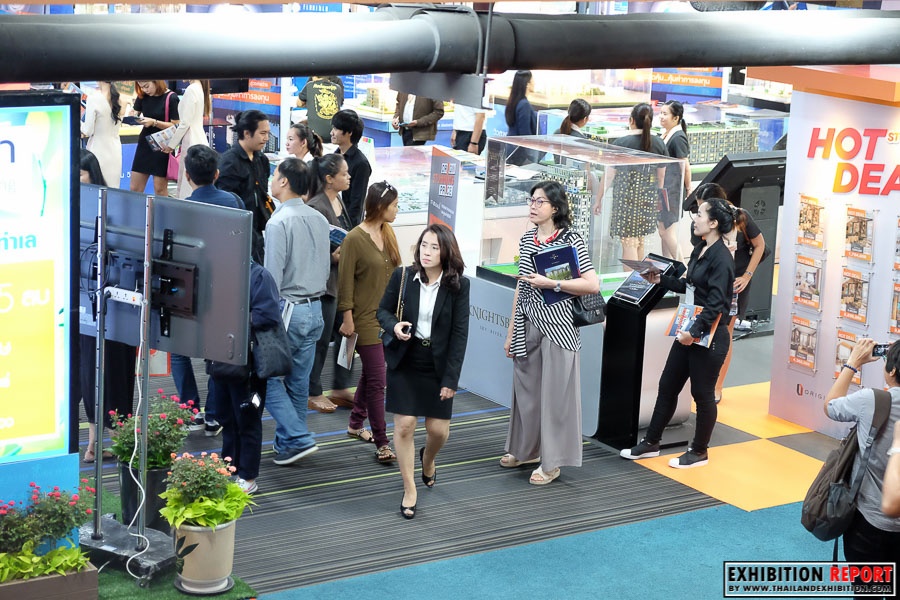 Traveling to different real estate sites available for sale limits the number of options a home buyer could thoroughly consider. While photos can somewhat convey the space of the home, it is hard to understand the space of the place and can often be misleading. This might lead to dissatisfaction with their purchases or missed opportunities.

Using virtual reality, I designed and develop a VR application that allows home buyers to explore and virtually visit housing sites without spending the time and effort to travel, allowing them to consider more options more thoroughly.

Jump to the Process Section »

Helping home buyers explore more options with a better understanding of the space while also making it easy for first-time VR users to navigate the application.

"I'm considering buying a new house. Let's take a quick look at these various sites before wasting hours traveling there."

Learn More About the Property

"This place looks nice... I wonder where it is located, how big it exactly is, and ... how much does it cost?"

"What are some other options I have based on my preferences?"

"I'm just taking a look at what options you have... Show me some features you have to offer." 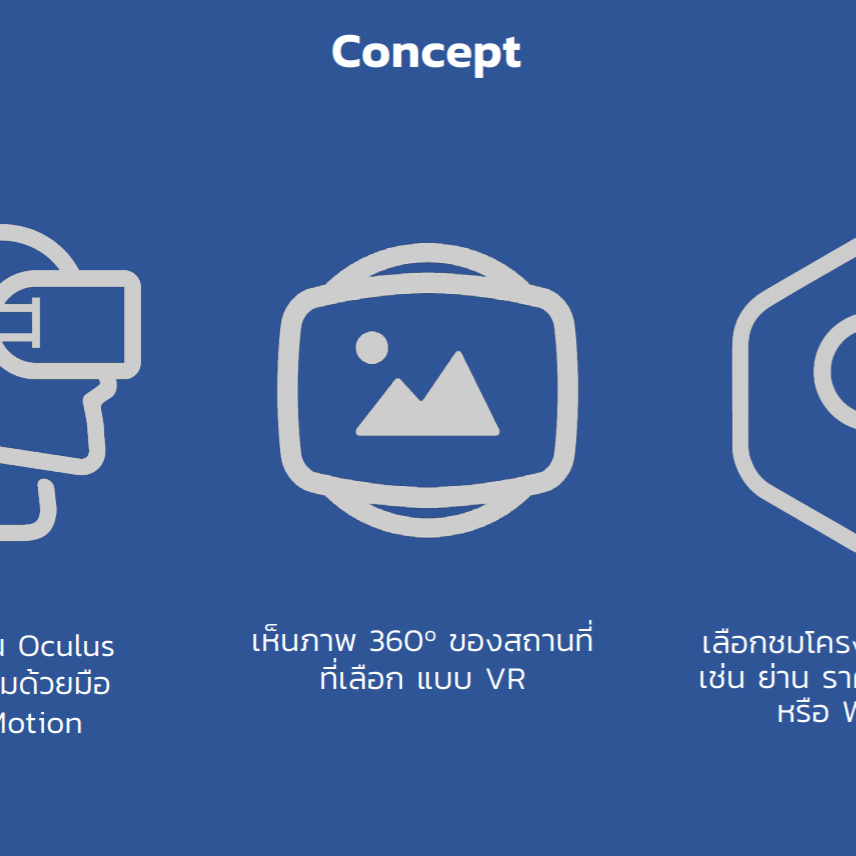 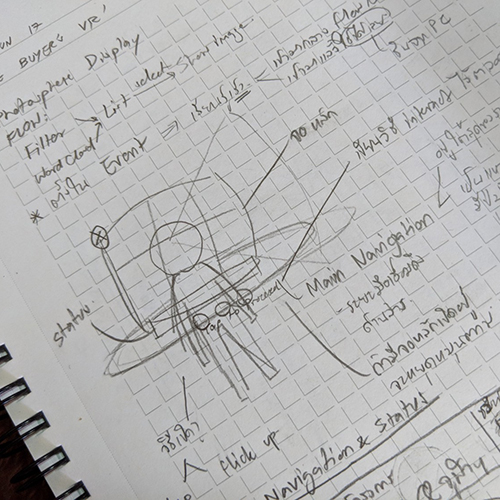 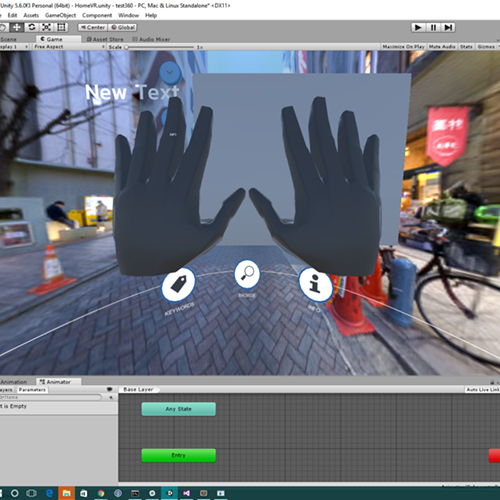 Requirements from the Client 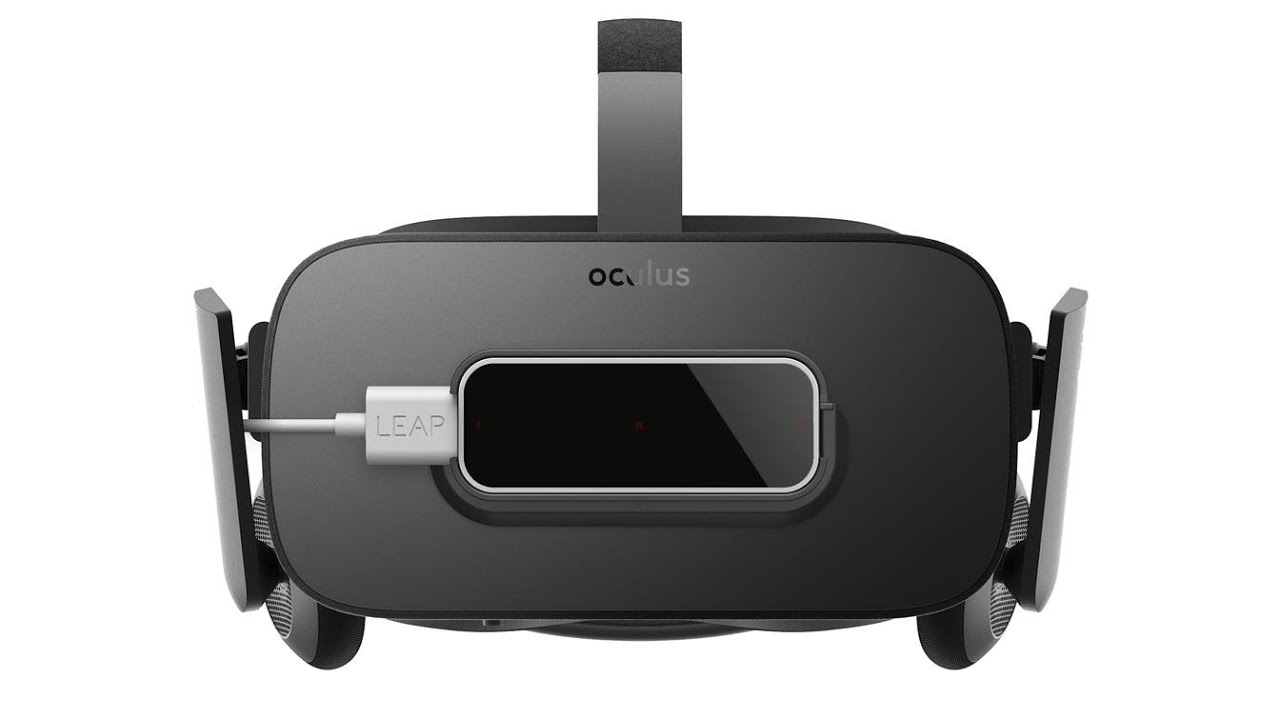 This project was somewhat light in terms of user research due to the lack of access to the user group. Most design implications had to be listed based on assumptions. What I would do differently is to test these assumptions with research to make stronger design decisions.

After analyzing design implications, I started the design process by interpreting each design implications and sketching out the common mode of interaction that will be used in this app. Low-fidelity sketches of some key parts of the interface were also made. 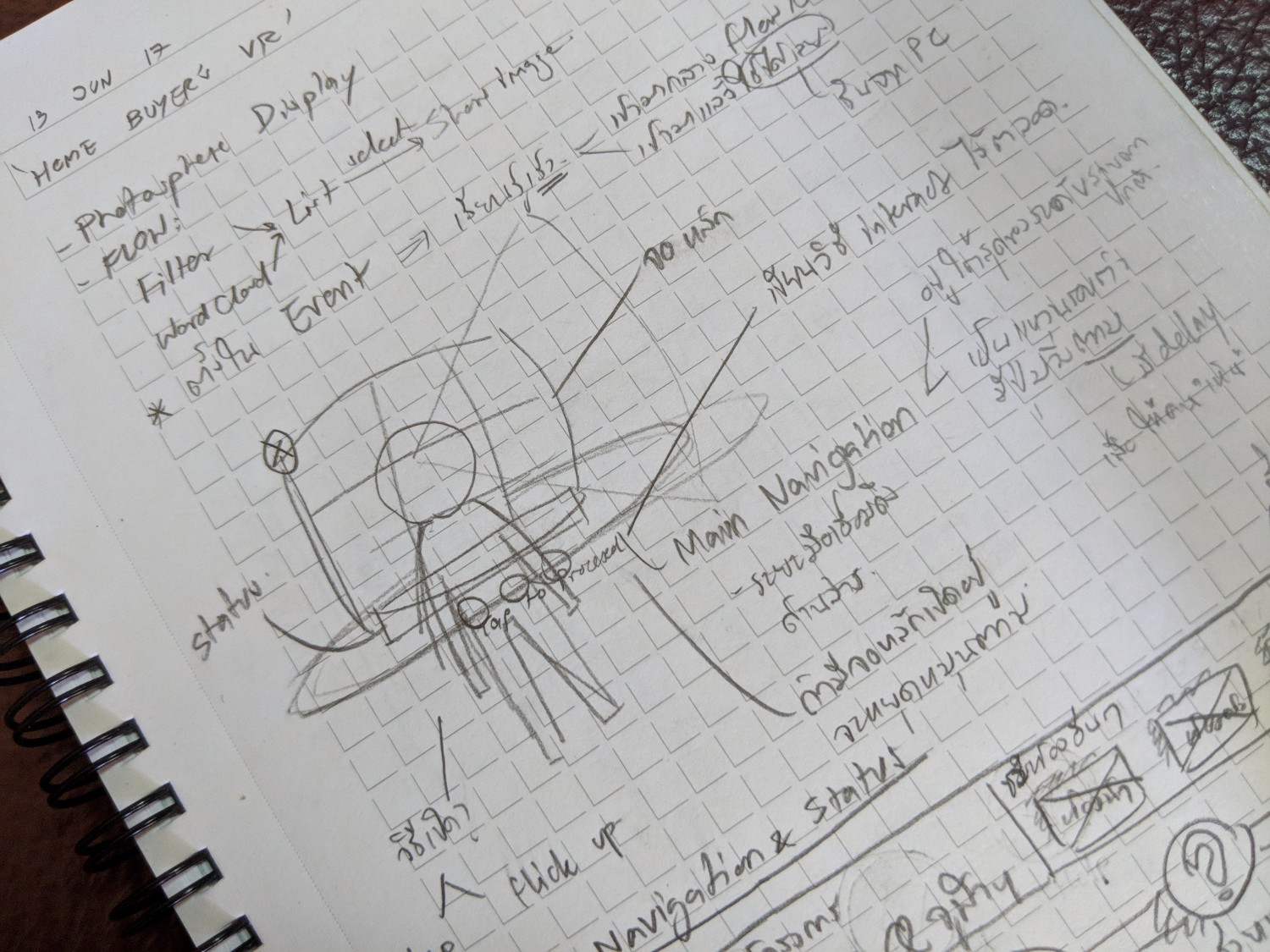 Sketches and Brainstorming of modes of interaction.

As a result, I designed the application to utilize only one mode of interaction: pressing buttons. which users are most familiar with and also do not require a sophisticated—and potentially unreliable—detection mechanism.

With these considerations, I came up with the navigation belt design pattern. To leverage users' familiarity with smartphones, the placement of the navigation buttons was inspired by mobile app UIs. 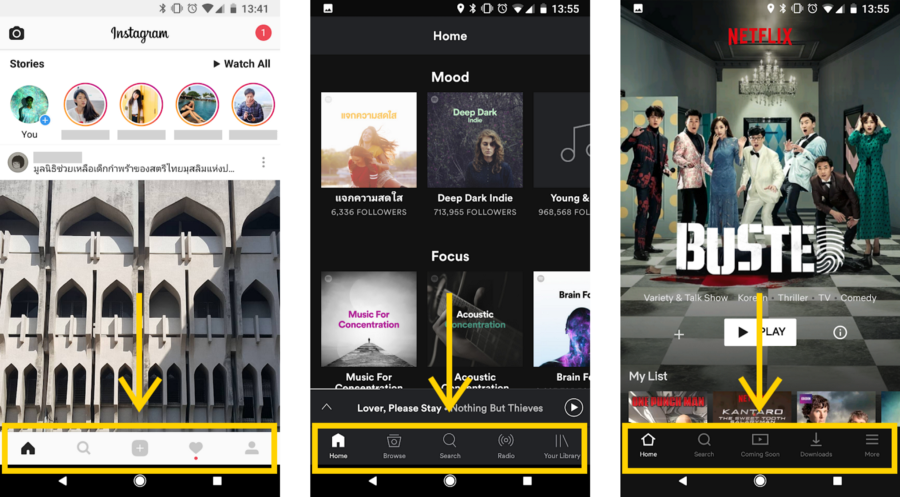 On the belt are the buttons that serve as the primary navigation menu. This belt is visible and will follow the user at all times while they are using the app to enhance the discoverability of possible actions in the app. This is to make sure that the user immediately gets what this app can do from looking at the menu buttons. Moreover, because it circles around the user’s waist, it is easy for them to reach the buttons on the belt with the hand. 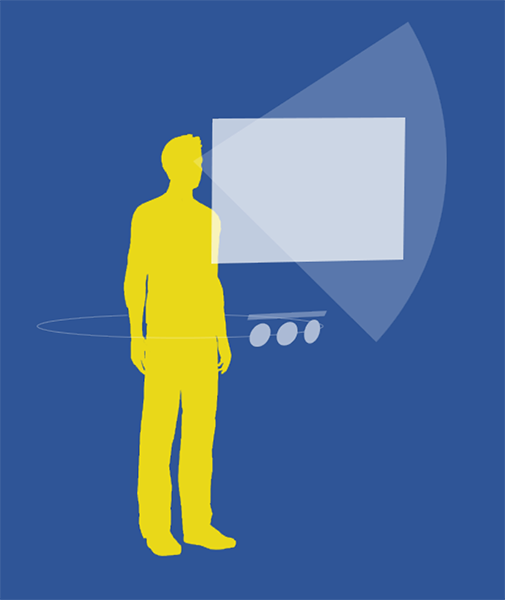 Due to the frequent change of user, I designed the navigation in the way that it can go back to the main/home state with only one step. Moreover, these states of the app are overlaying screens that do not completely block the room view i.e. the photosphere of the room can still be seen in the background at all times. With this design and the use of the navigation belt technique, the next user can get into the flow seamlessly without requiring any reset. 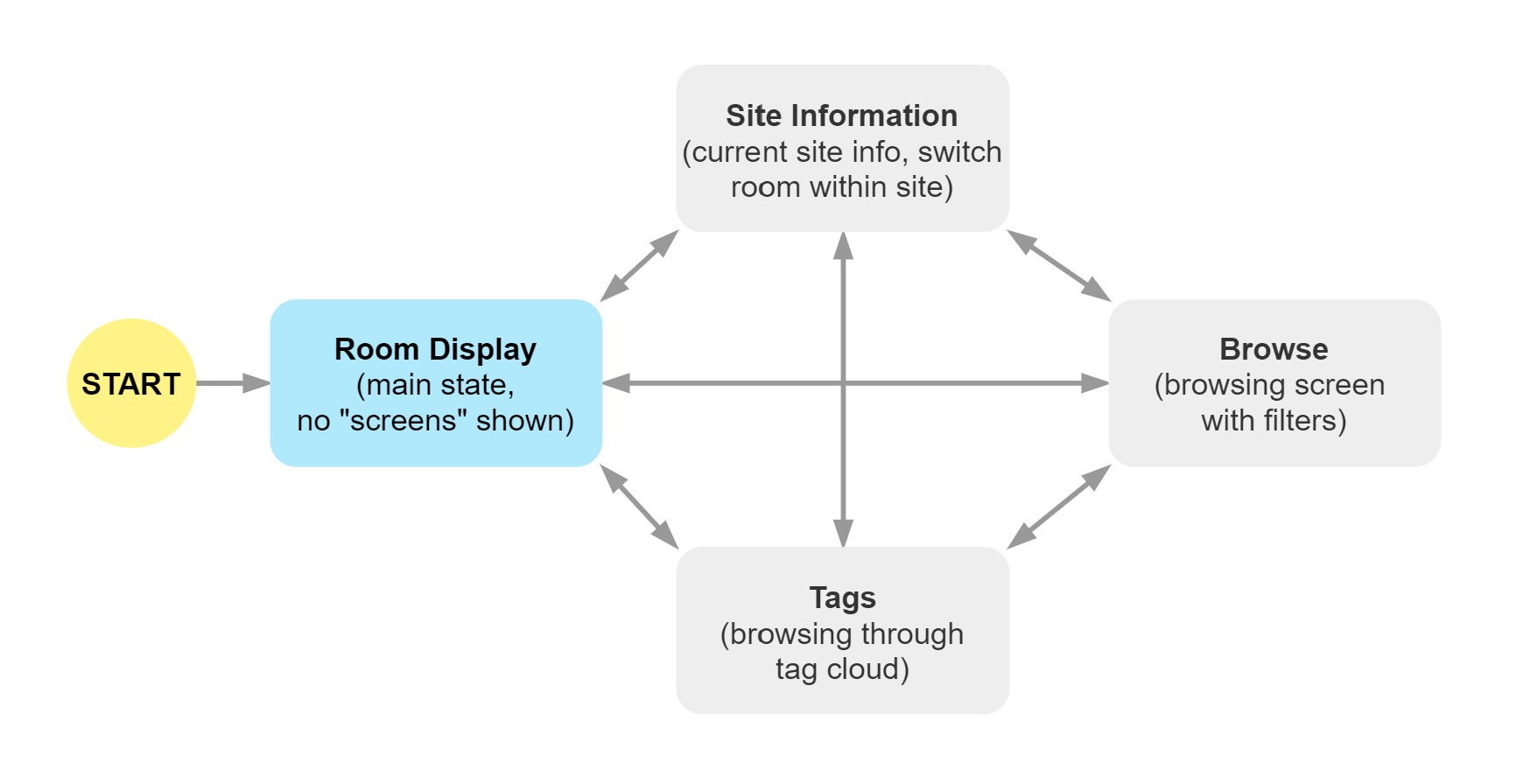 A set of medium-fidelity wireframes was created to solidify the design idea and lay out the screens within the app. The reason that these wireframes were at this level of fidelity was that they were also used to present to clients and gather feedback from them. 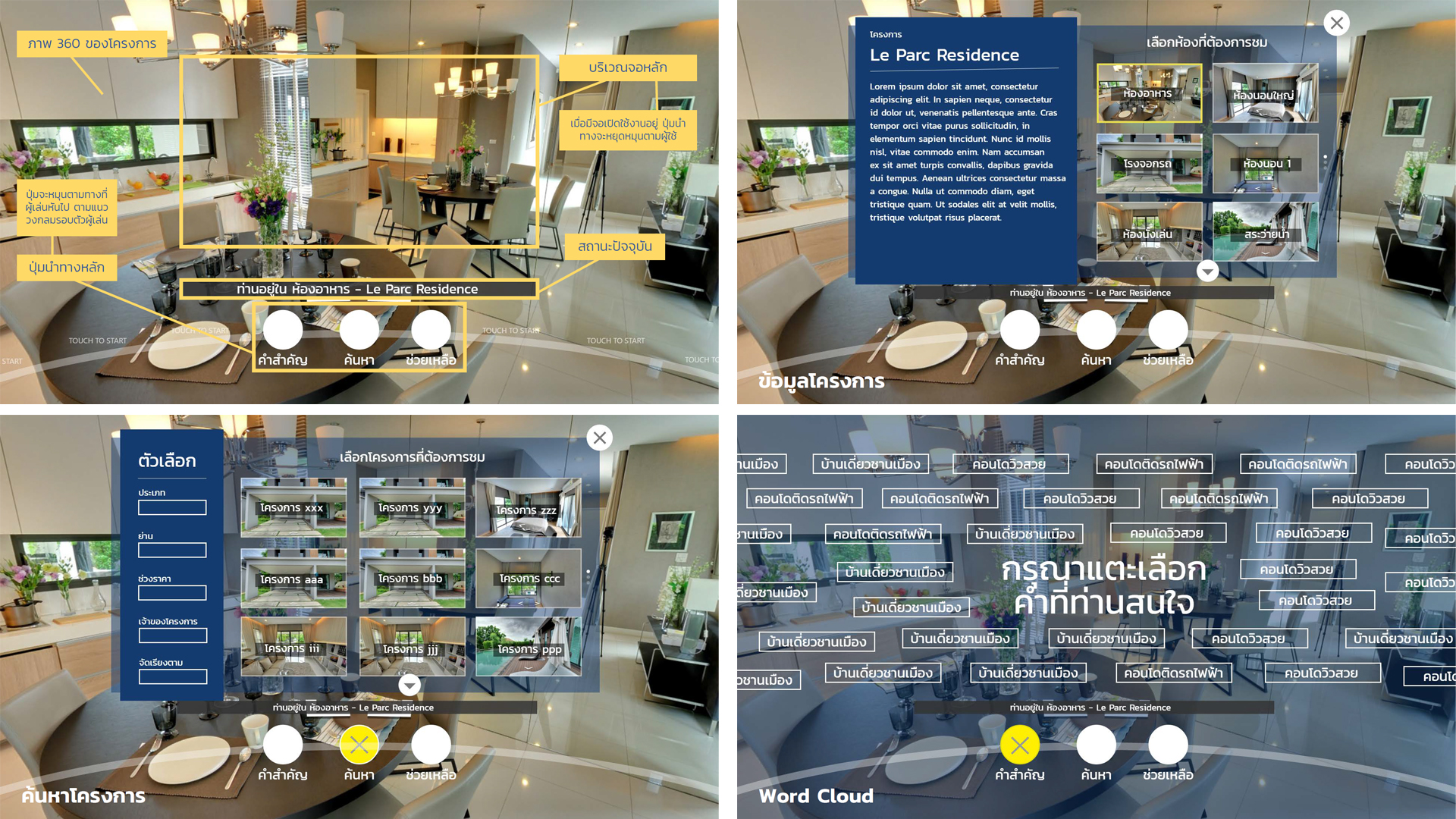 The design was presented to the client as wireframes and feedback were gathered to improve the design. During the development process, the application was also tested with several users before actually exhibiting at the expo. Improvements and adjustments were also made from the feedback I had gathered from these testing.

The application was developed using Unity with C# as the 3D engine of the app. The application was also designed so that it dynamically loads sites images and information. This is to ease the administrator’s task of changing the list of available sites in the program and avoid having to re-compile the application to change the content. 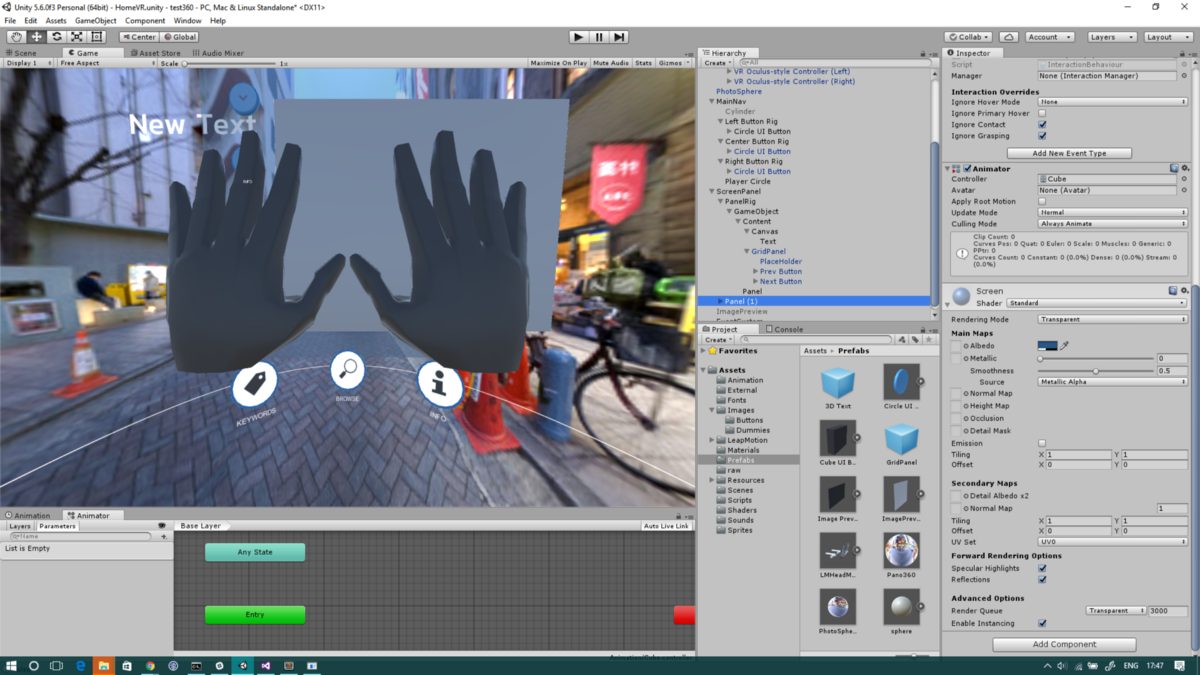 Early Prototyping of the App 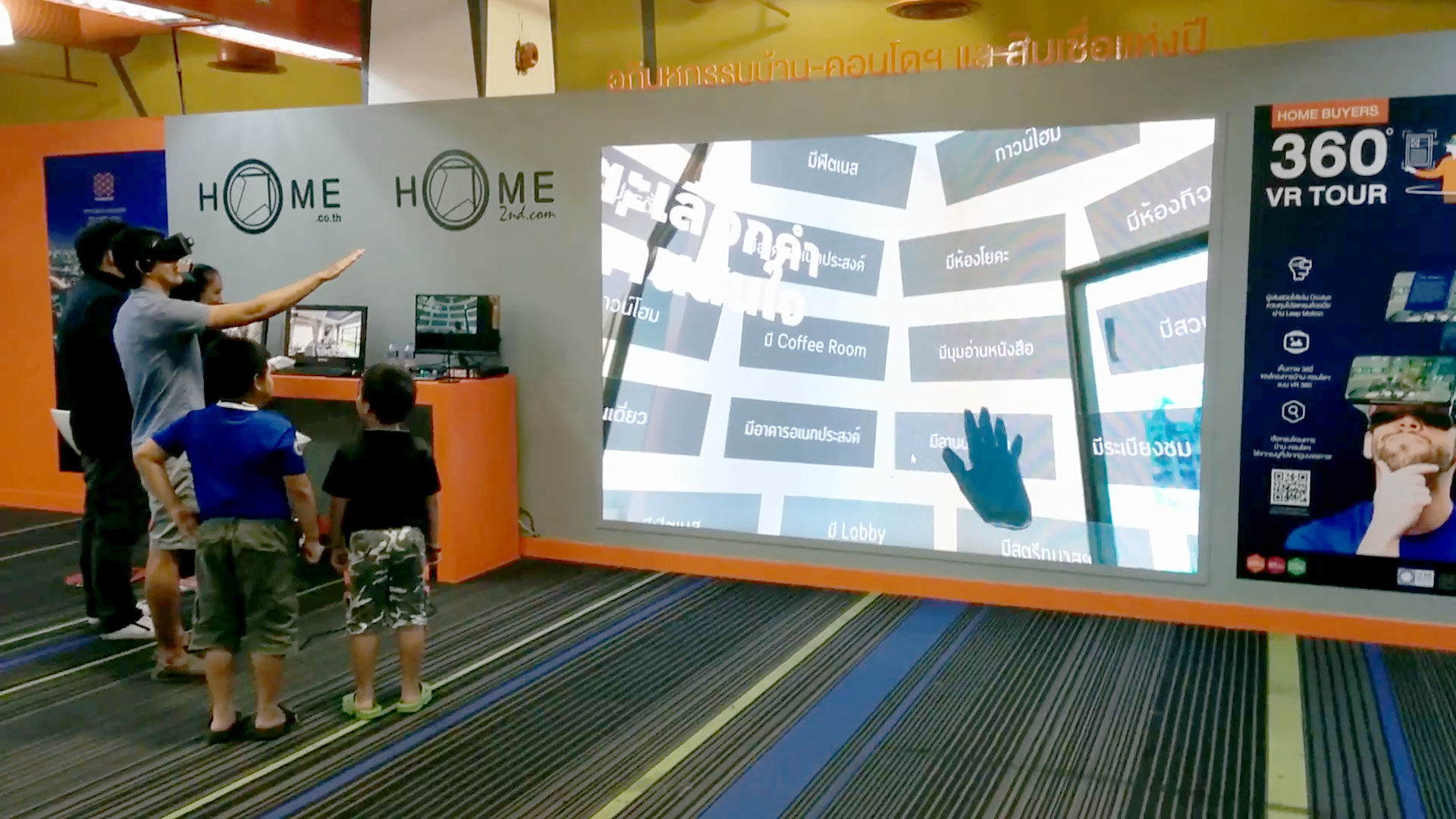 A photo from the expo with actual users 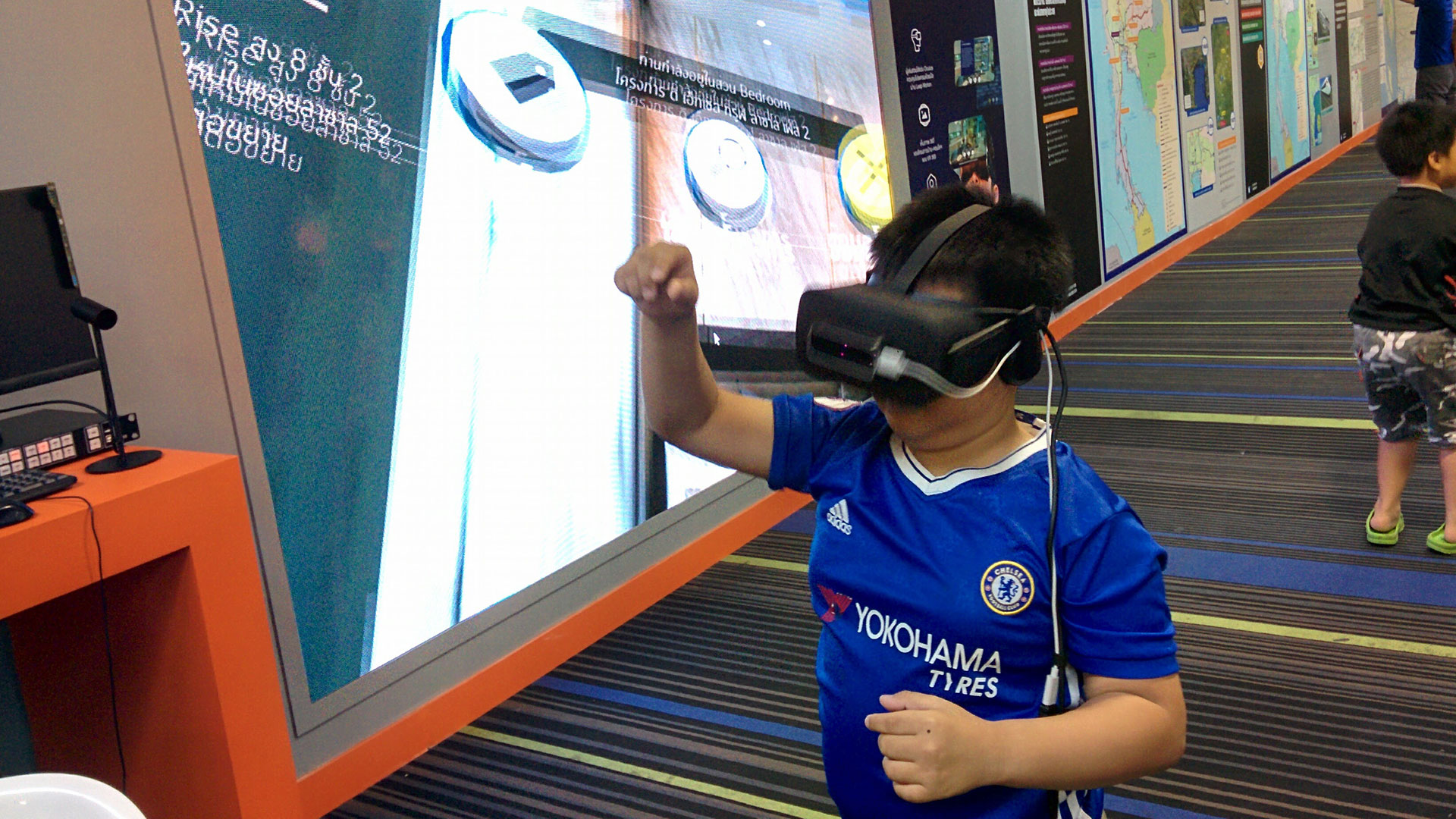 A child enjoying the VR experience 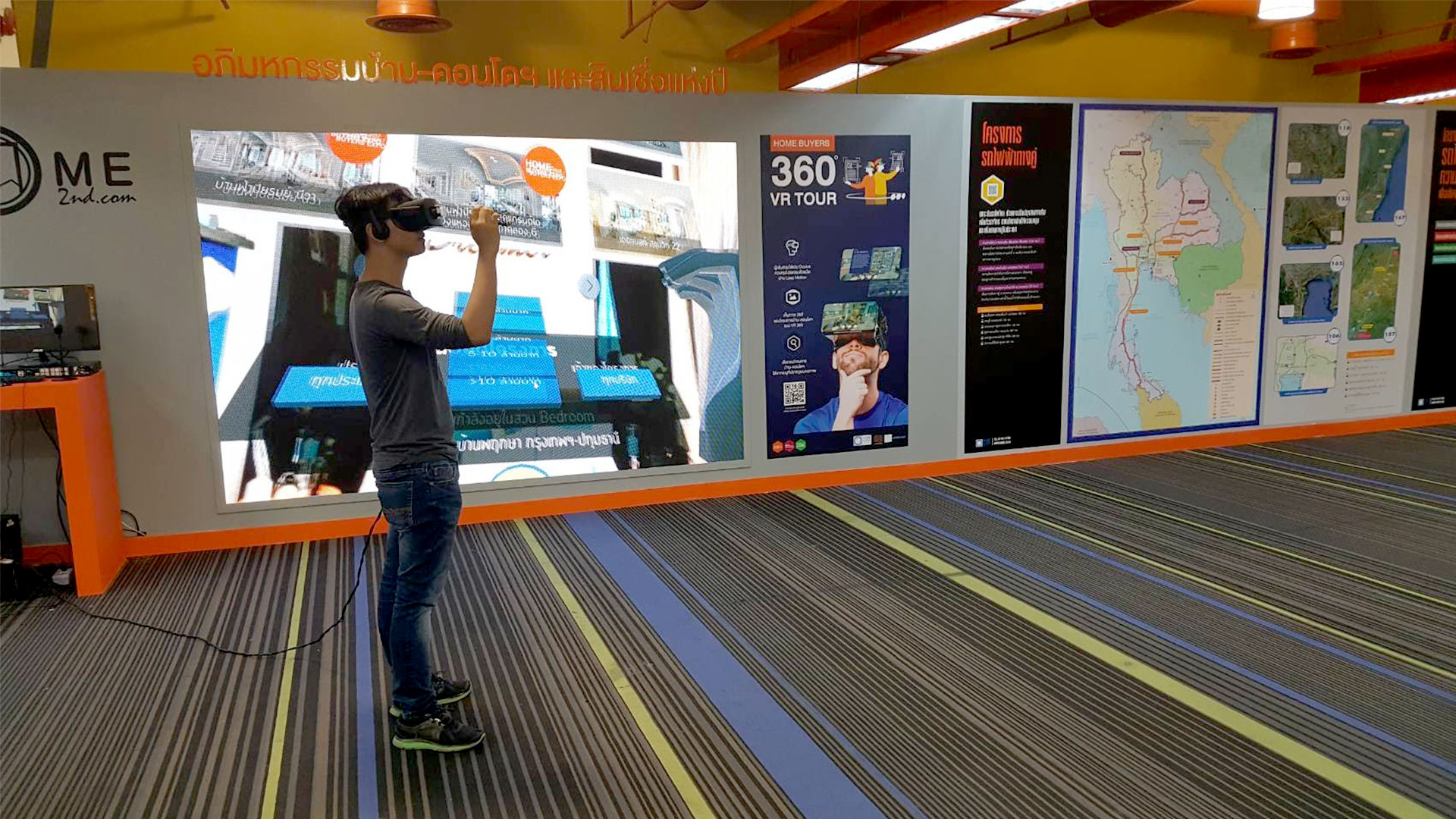 Me testing the app after installation at the expo

What I Learned From This Project